TODAY – A Child Of Time

How do you tell a story with the help of video mapping? The work behind the animation. What we learned in the process. These are a few things we will cover in this article where we will describe our process for iMapp Bucharest 2018.

iMapp Bucharest is truly the biggest video mapping competition in the world, not just because of the huge “canvas” it takes place on, the 23.000 square meter facade of the Palace of Parliament, but also because it brings together the best artists this industry has to offer. Ten international teams qualified and competed on this massive building, with custom made artworks that are closely tied to the building’s architecture. It is probably the best chance to see video mapping’s potential at it’s fullest. We couldn’t miss the opportunity to be a part of this incredible experience. Beyond the big exposure (literally speaking), this contest was a way to exercise our creative potential and a breath of fresh air from the usual creative briefs. We had the freedom to envision a concept and see it to the very end. 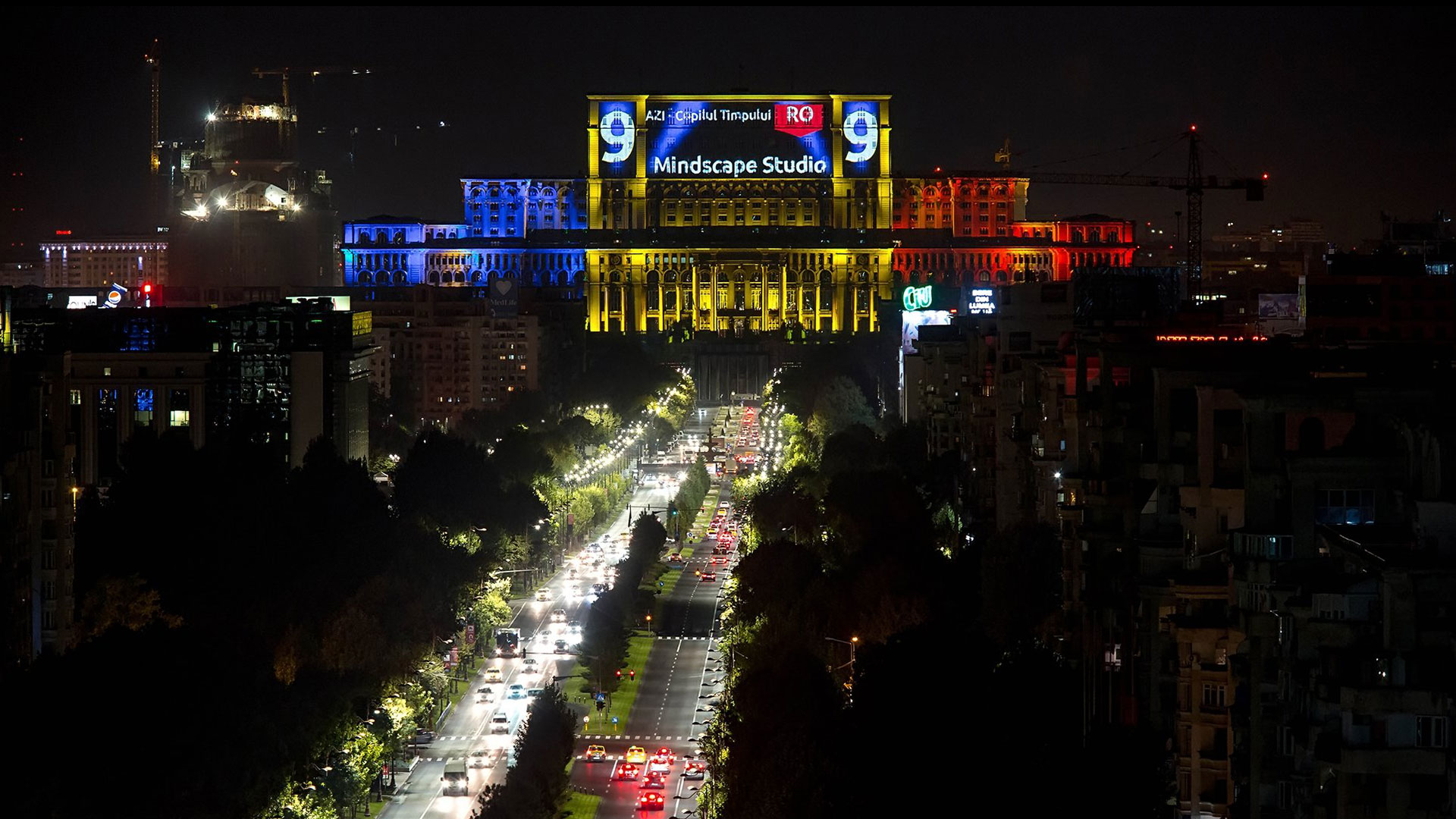 In 2018 Romania was celebrating its 100th anniversary. That is why the theme of the competition was about the three colors of our country’s flag: „BLUE, YELLOW, RED – A Century of Modern Romania”. As not to limit the creativity of the participants, the organizers encouraged an artistic interpretation of this theme, and that is exactly what we did.

When it comes to our works we believe in the power of storytelling. Stories connect us and can convey abstract messages in a way that is accessible to everyone. In 2015 we celebrated the city of Bucharest through our video mapping work: The Legend of Bucur. In 2018 we aimed to create a story that reflected Romania’s journey through 100 years of history. It was a story about time travel in the quest to eternity. In the center of the story, you will find the main character, a boy-hero named Today, celebrating this present milestone. In his adventure, he learns something from the three realms he goes through, helped by the great wise tree, Forever.

The 4 minutes show was composed of 5 chapters: The Gift of a Journey. The Fire Kingdom. Empire of the Blue. Golden Heaven. Back to the Magic Forest. 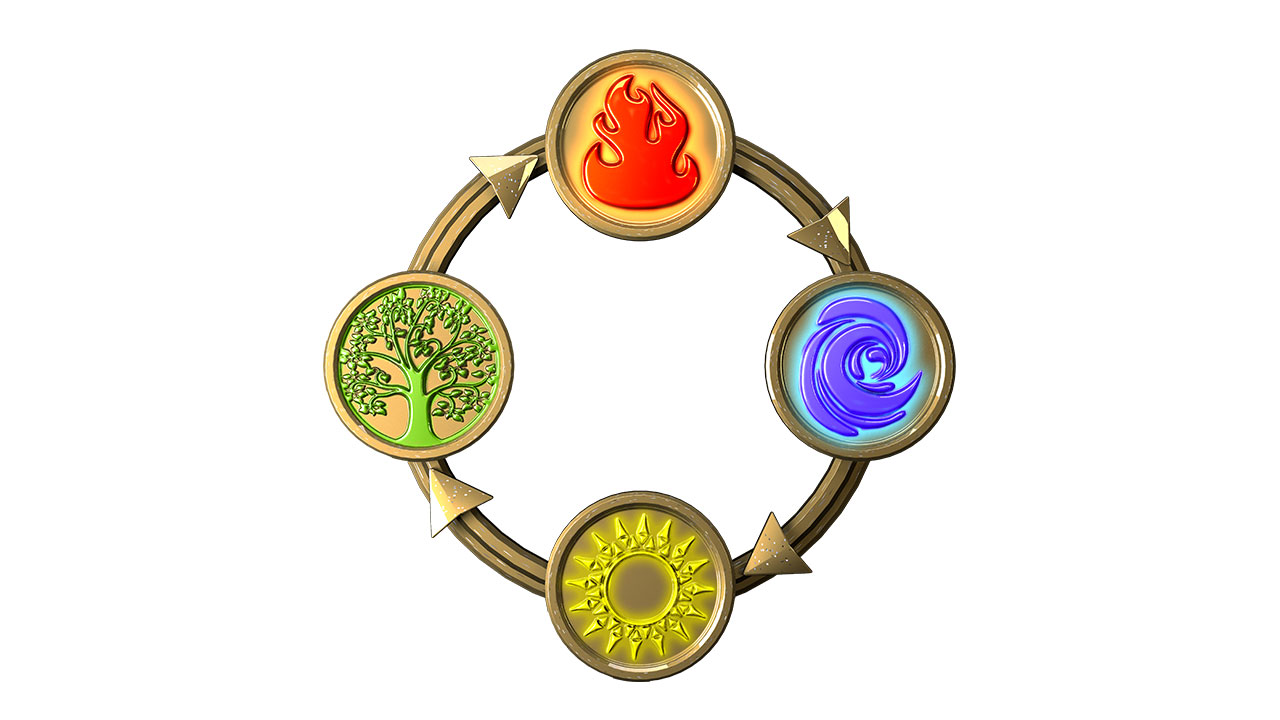 The Gift of a Journey (Can you see the magic?)

This is how the first chapter of the favorite audience story of the iMapp 2018 opened. A boy named TODAY wanders in a beautiful century-old forest with stone columns and old twisted trees. All trees seem to be normal, except one in the center, which has something special, FOREVER called. The magic tree tells him that to get into his world he has to unravel the secrets of time, the one with many faces. 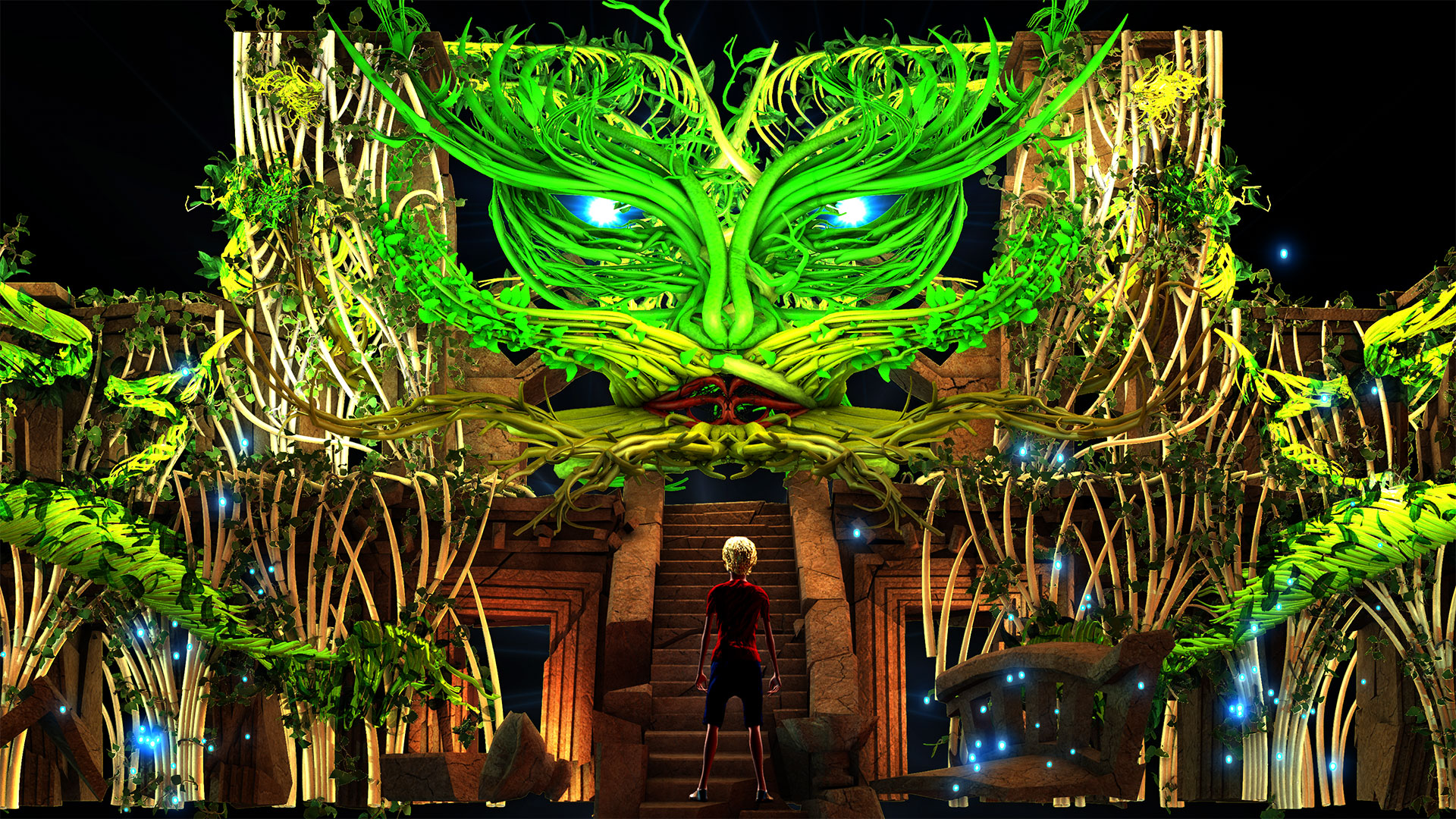 The boy starts his journey into the fantastic world and climbs up on a bright bridge. Everything is red: fire, brilliant shapes, molten metal streams, and huge vertical walls. He is not afraid, on the contrary, pays attention to every detail. Boldly, vigilantly, he goes with the courage to face the dragon called NEVER. 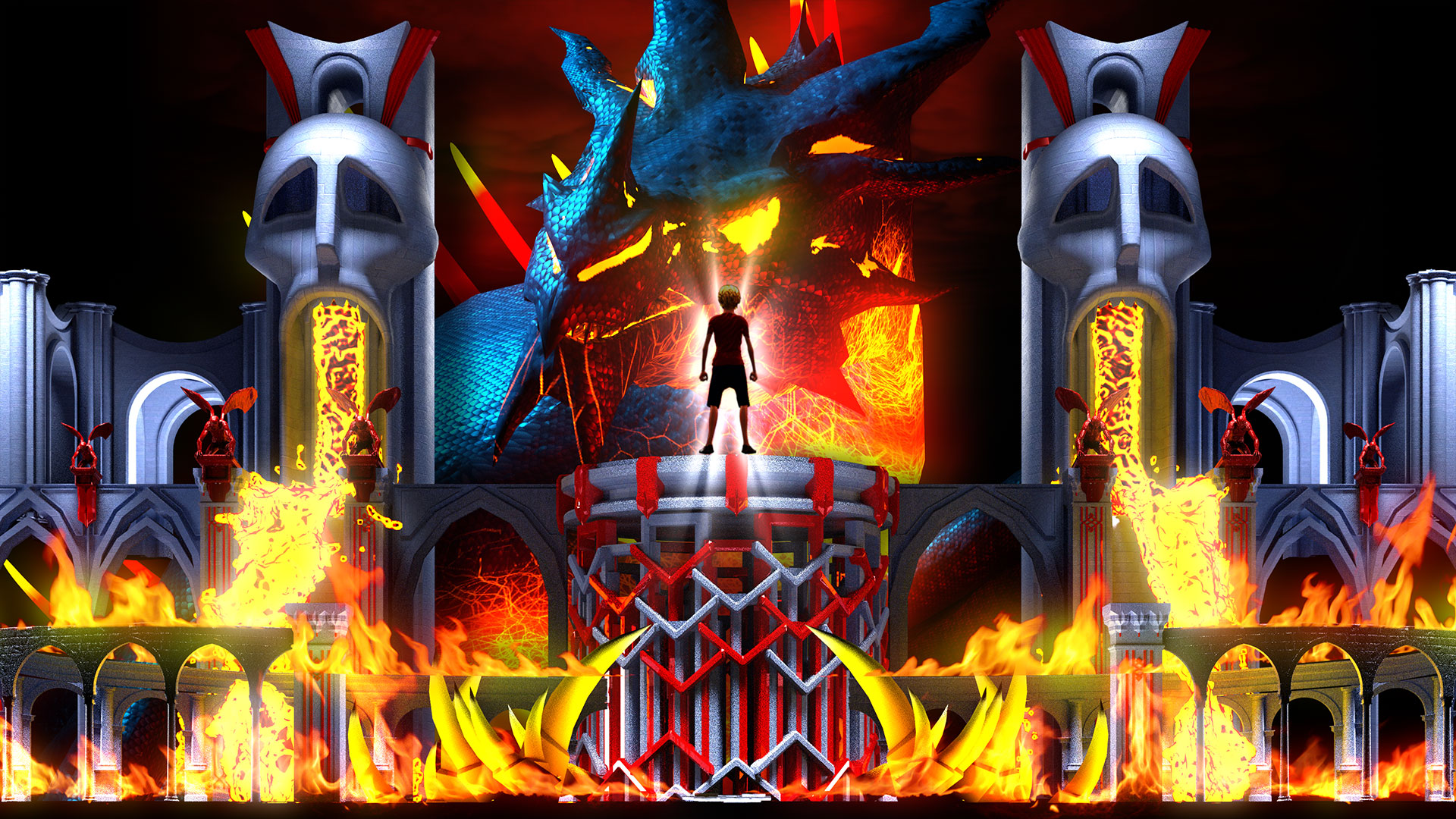 A meeting with YESTERDAY and TOMORROW, when the boy, TODAY, gives them what they lack, THE PRESENT, and binds what it was with what it will be. The boy swims through this serenity of a universal blue. 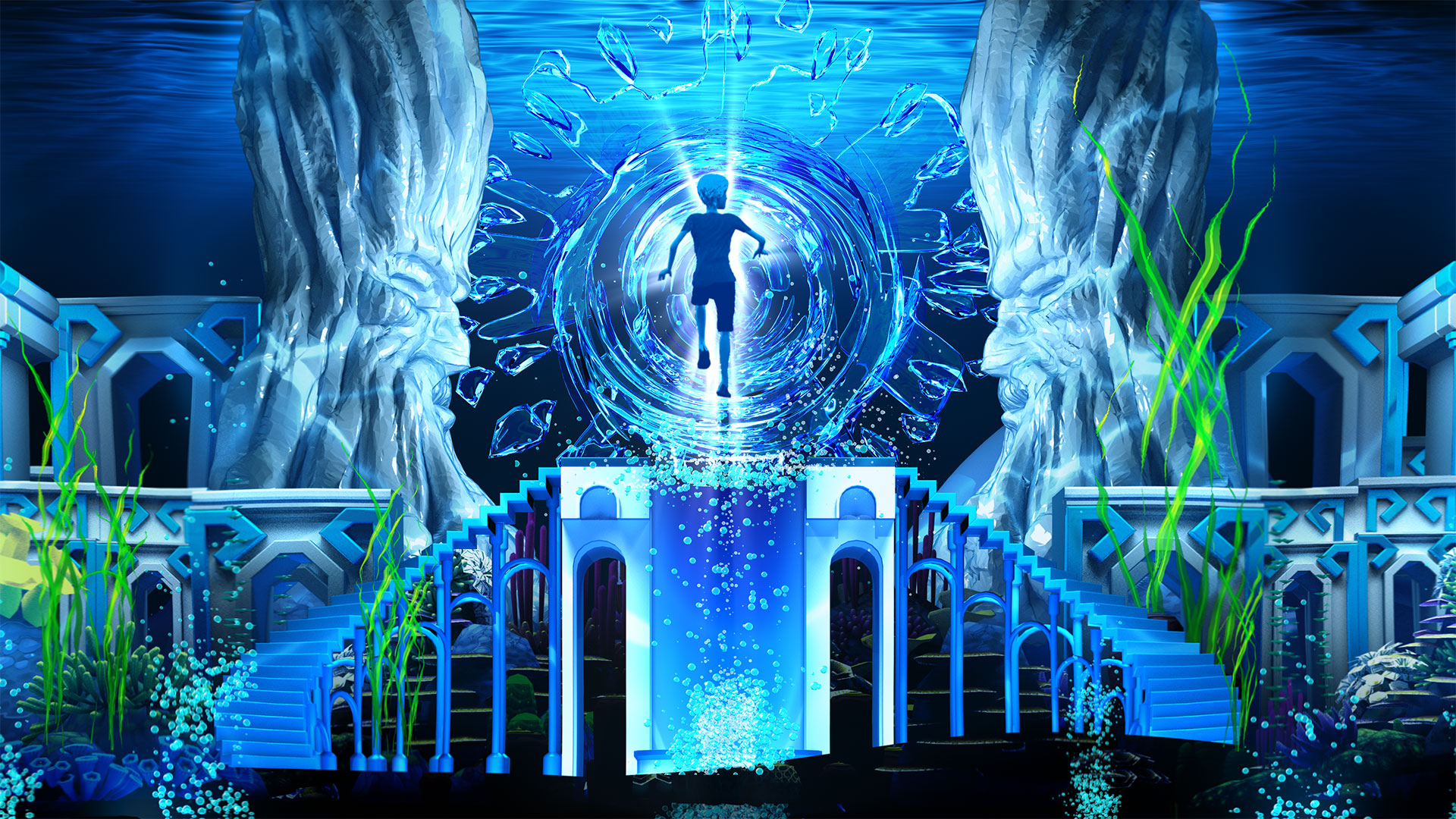 The boy has the challenge of making time to run again, to fly like an arrow, to give him life so that the heart of time can beat again. 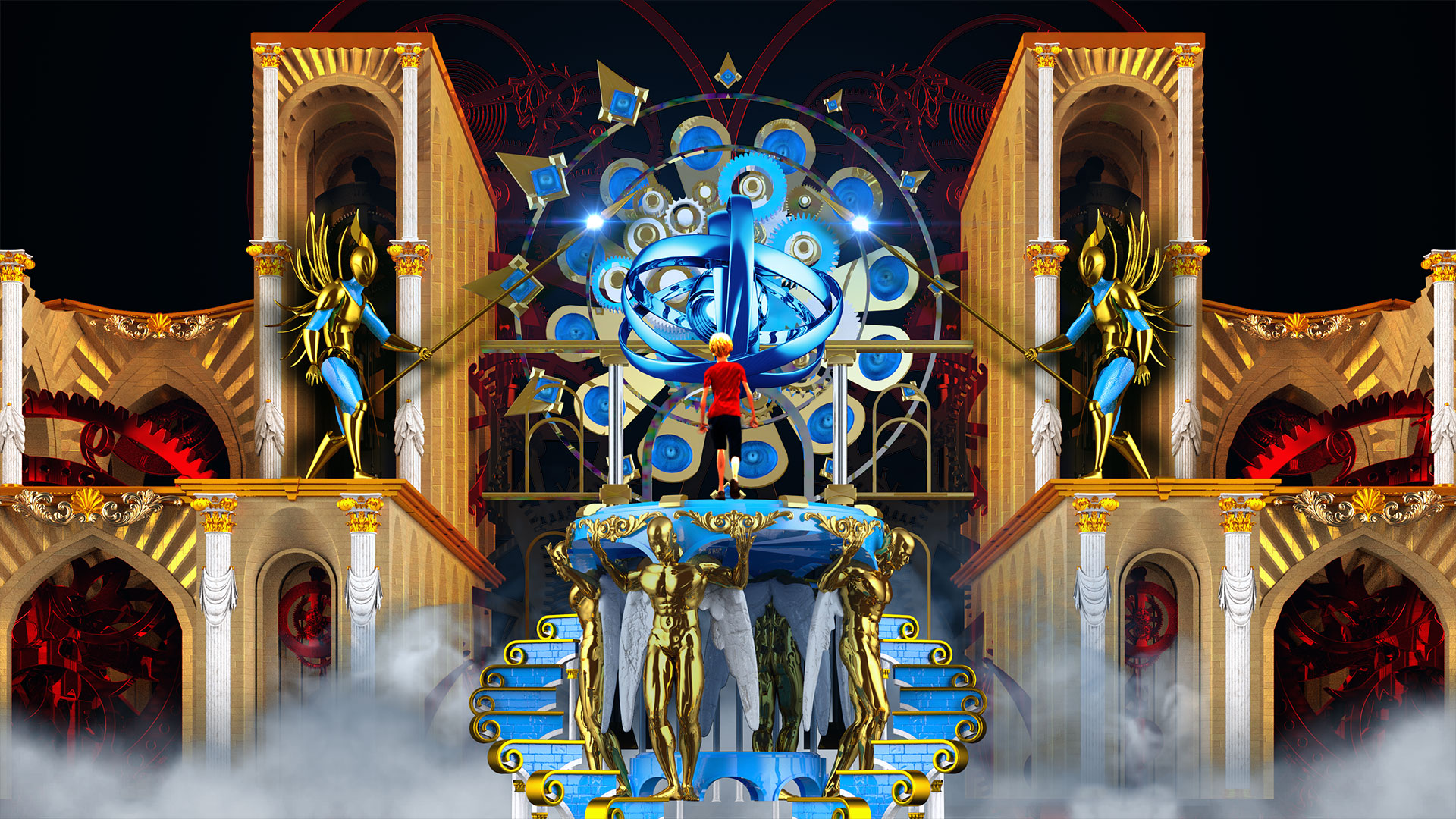 Back to the Magic Forest (The circle is completed)

Having managed to get through the three adventures well, the hero returns to the magical forest, over 100 years old, being TODAY, YESTERDAY, TOMORROW, NEVER and finally FOREVER. 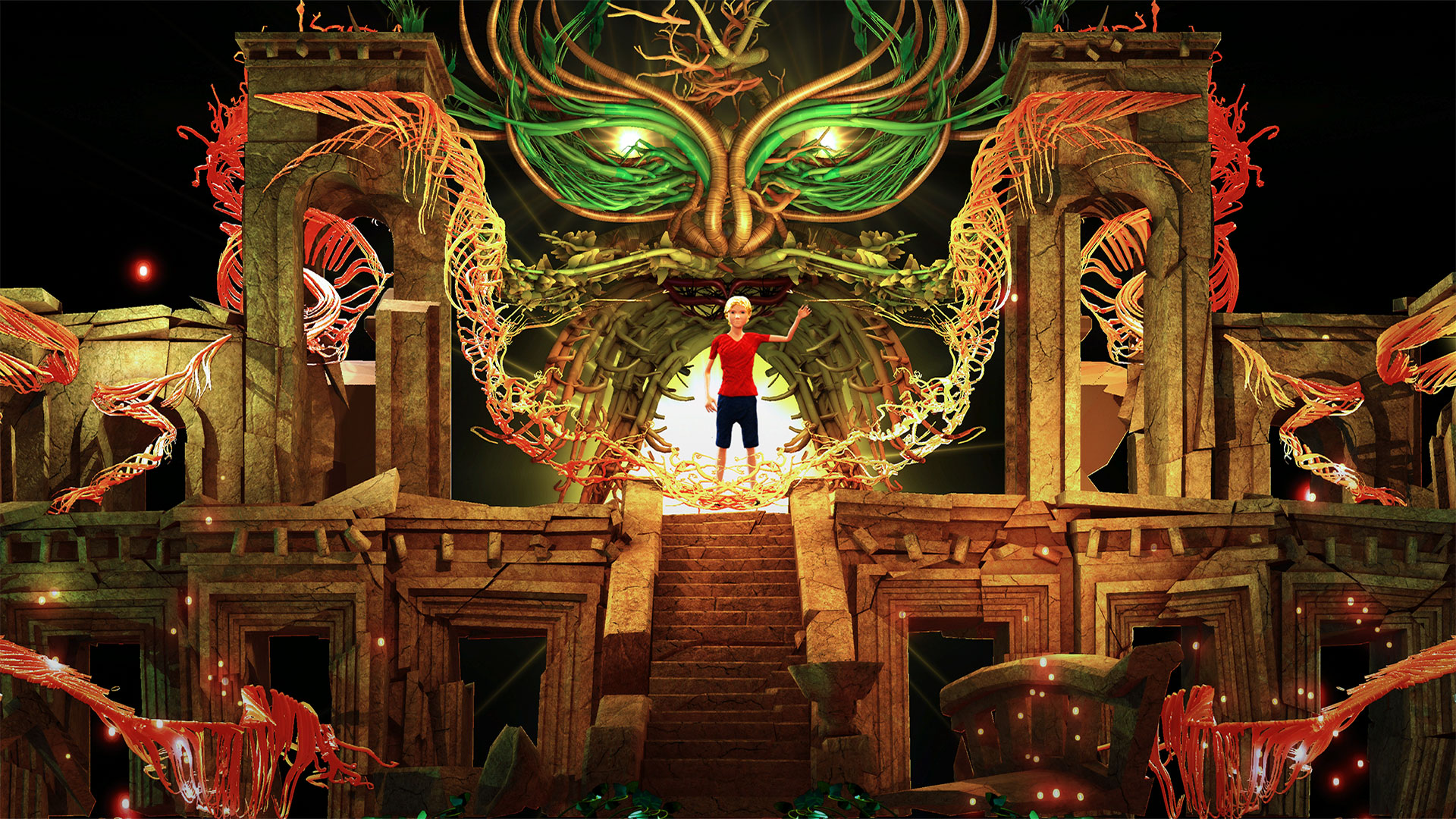 Having this beautiful story in mind, we saw it only fit to be presented throughout visually rich 3D scenes that would transform the building in another world. Respecting the architecture of the building when creating these scenes was very important, as is in every video mapping project.

The workflow consisted of different stages, starting with the script and the storyboard, 3D modeling, texturing, rigging, animation, lighting, rendering and compositing before the final movie was exported. 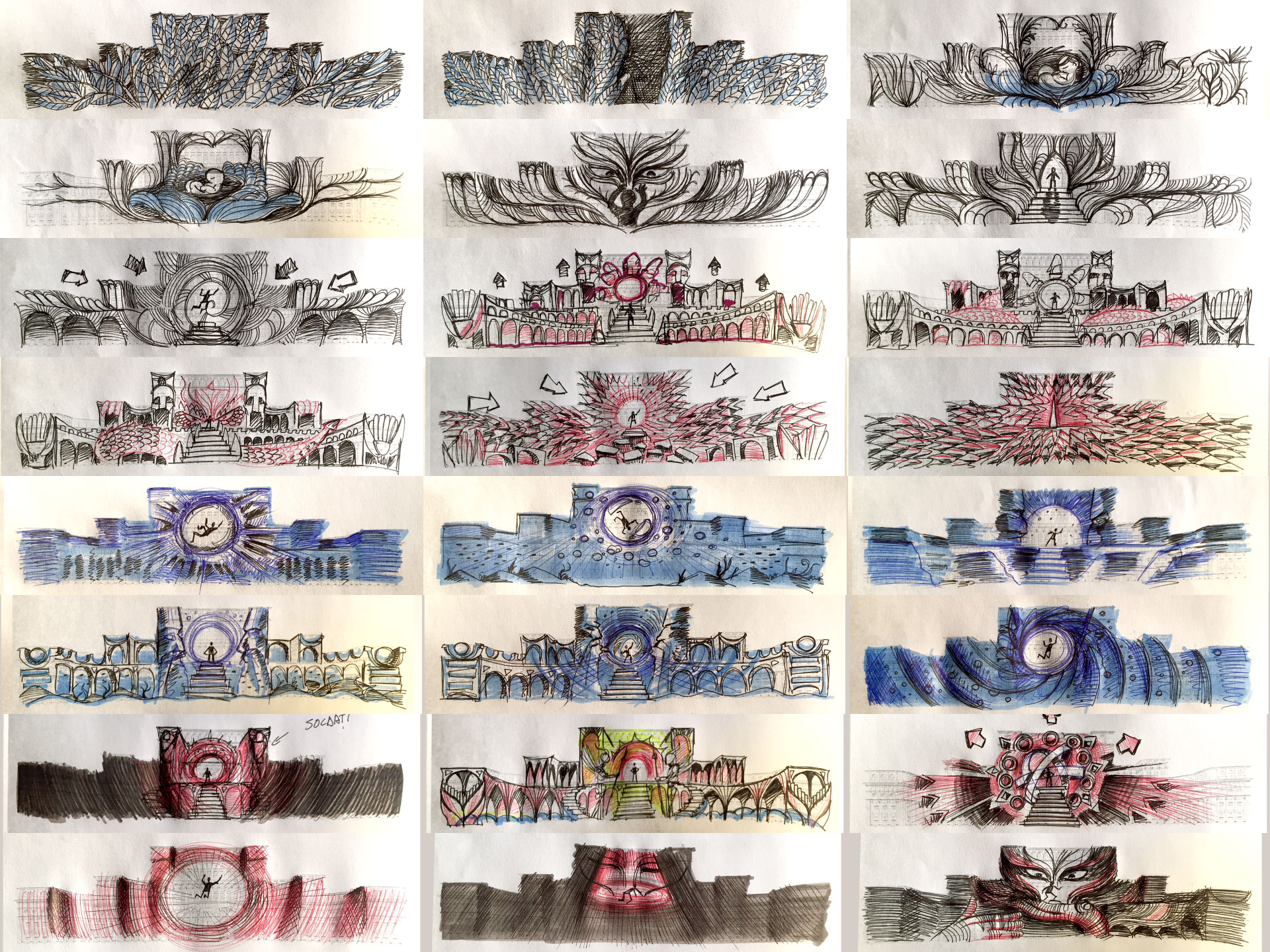 We also had a custom sound design made for this animation. Two voices were recorded for the two talking characters: an 11-year-old child for the boy hero, and the actor Marcelo Cobzariu that interpreted the voice of the tree.

The most complex part of this project was designing, rigging and animating the 3D characters that inhabited these worlds: The Great Tree, The Fire Dragon, The Blue Elders, and The Guardian Angels.

The whole process for this project took about two months, with a working team of 7 people including art directors, copywriters, animators, digital compositors, and musicians. Rendering the final movie, almost 8K resolution, wasn’t a problem due to our studio pipeline and hardware. 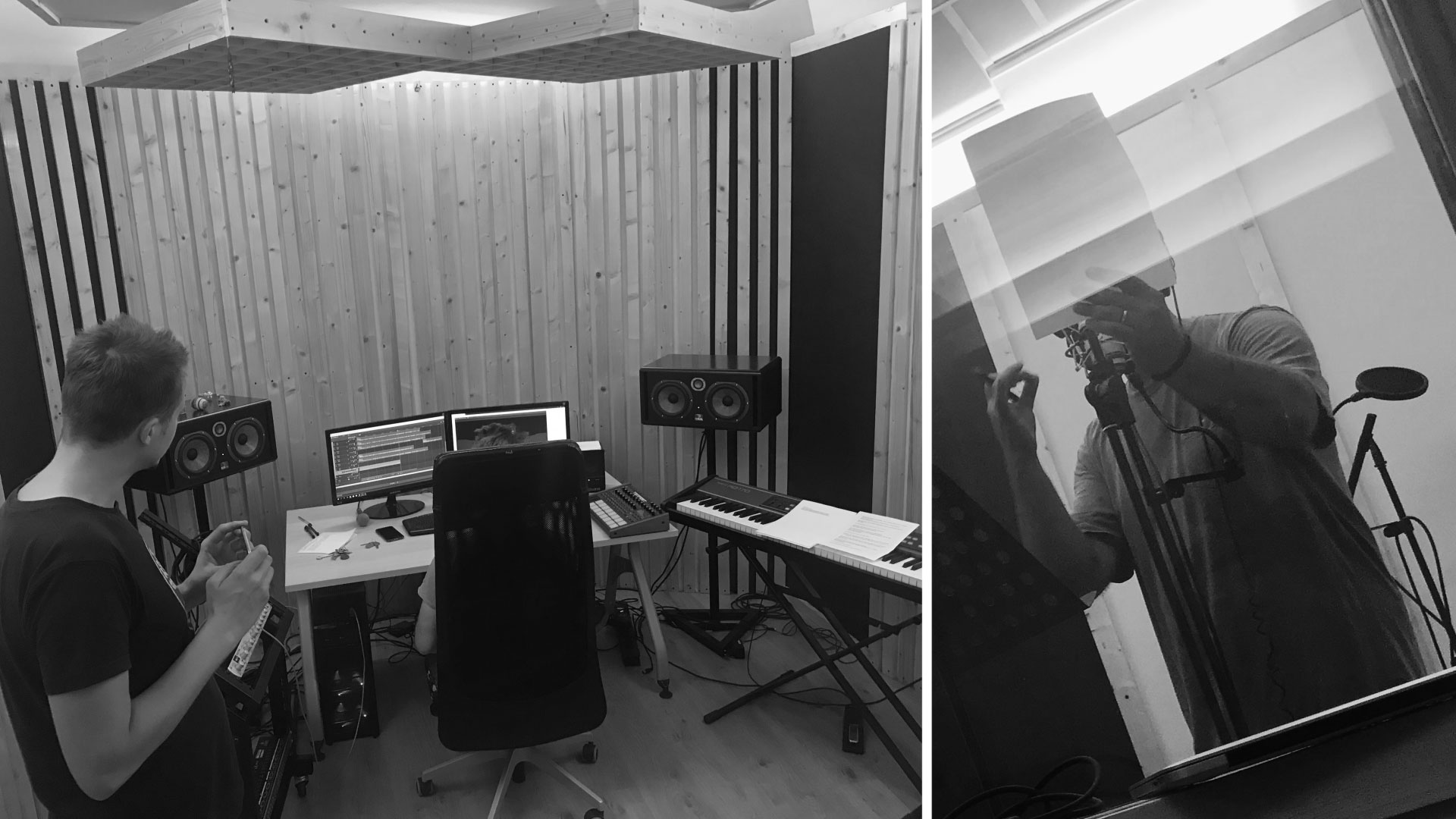 The event day was an amazing experience, seeing such a big crowd enjoying our work. In the end, we hope to have left the audience with something to remember.

We felt our story was well received by the public at iMapp Bucharest, who awarded us with the Public Choice Award. 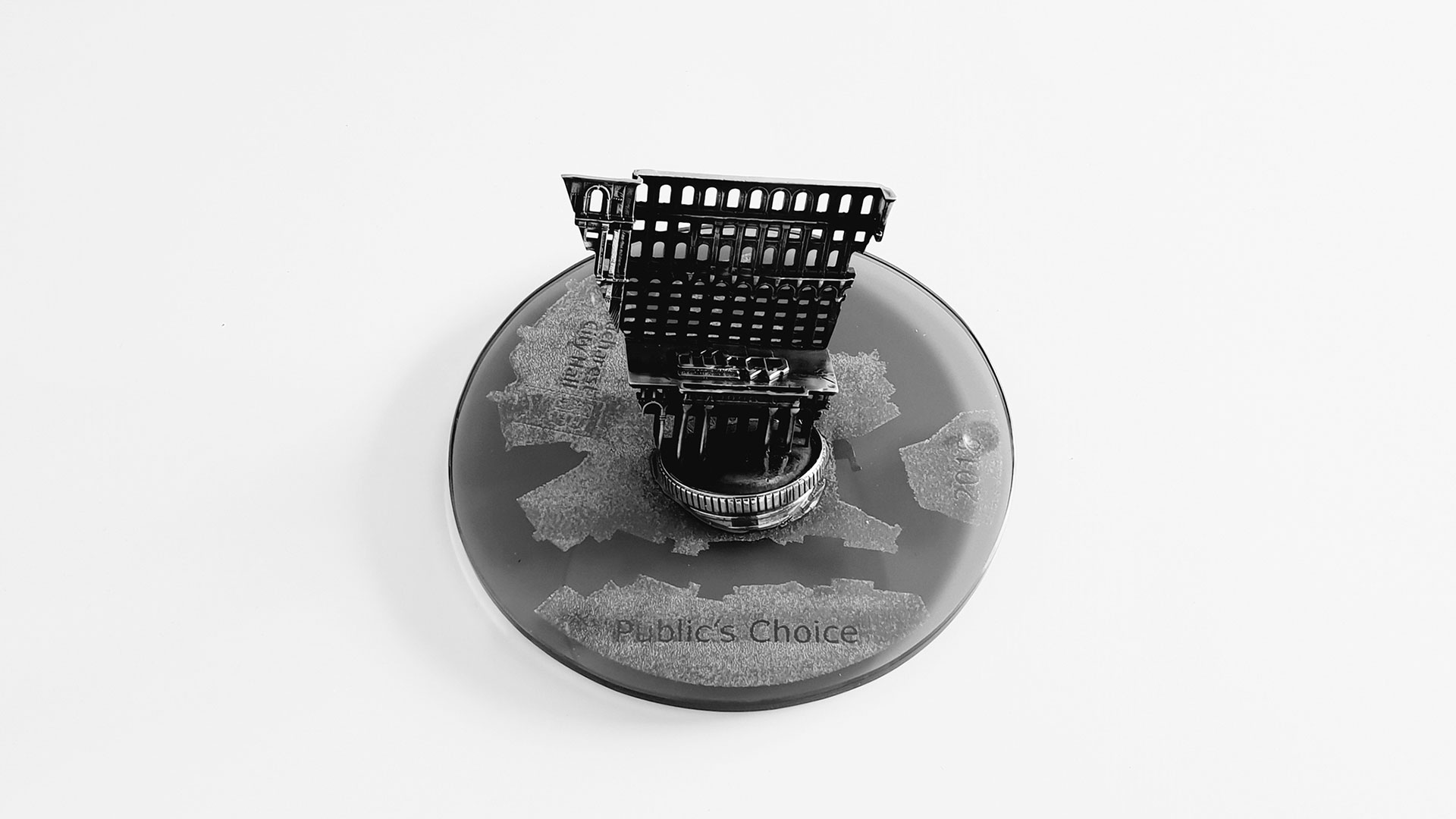 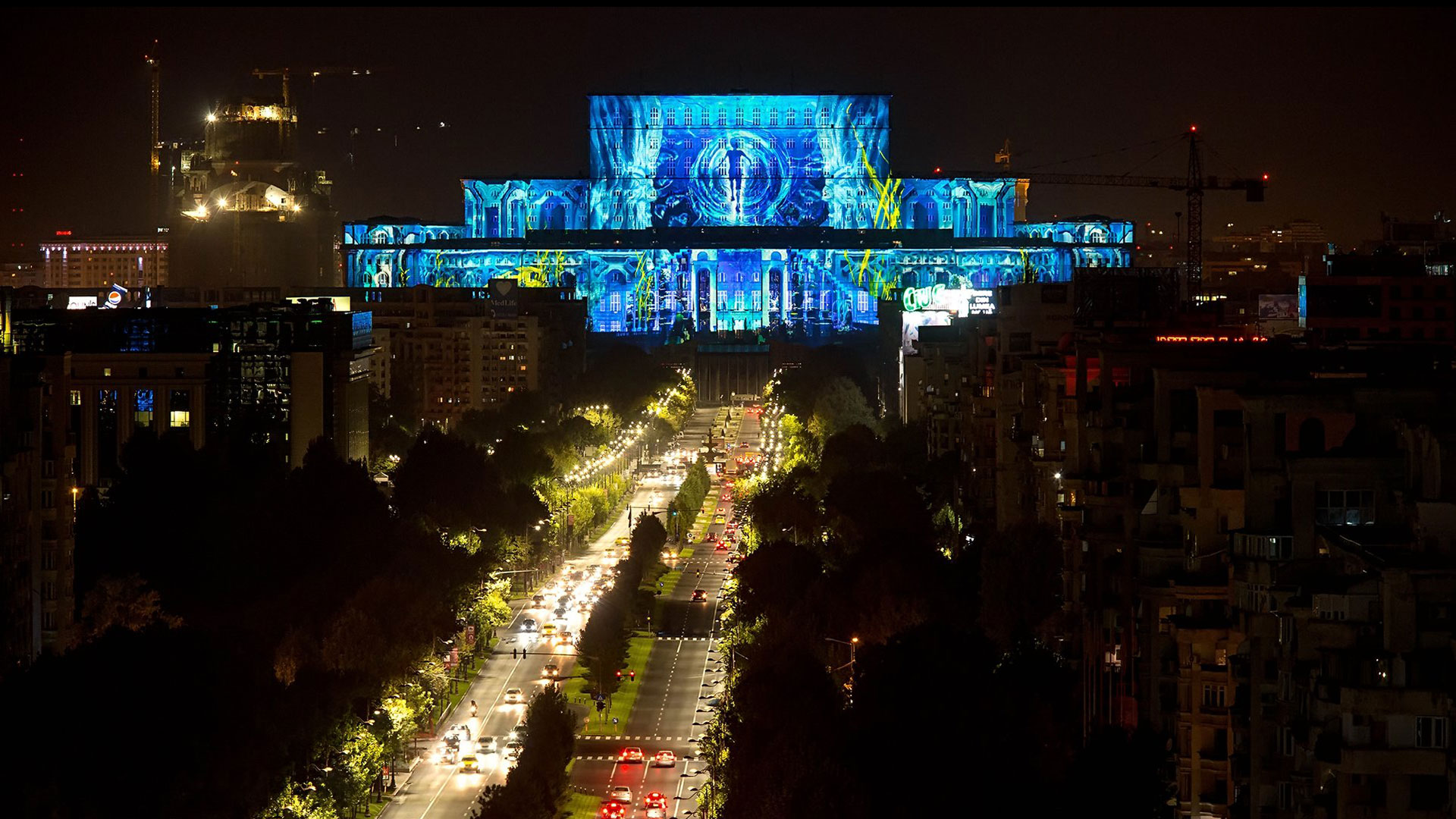 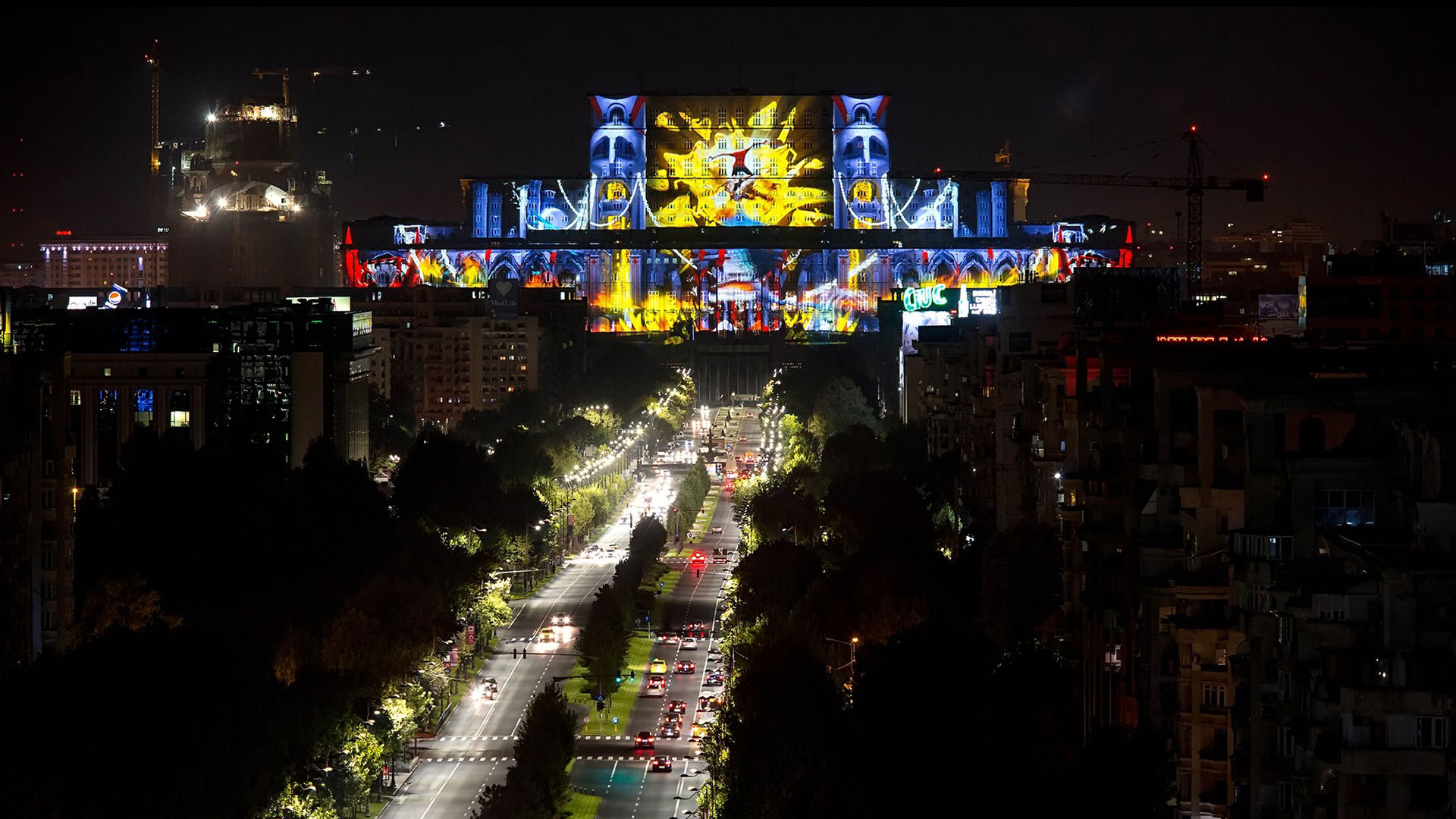 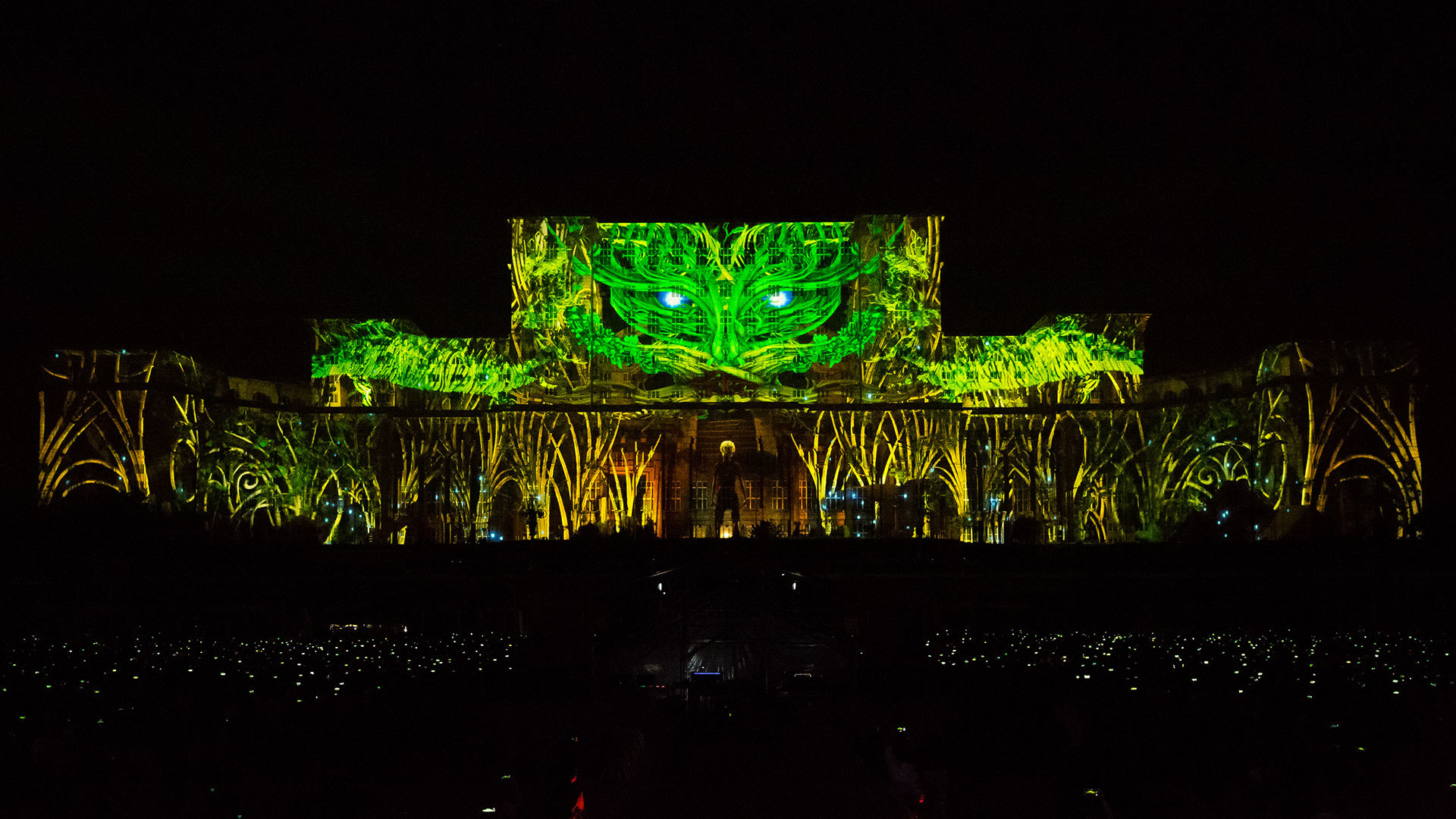 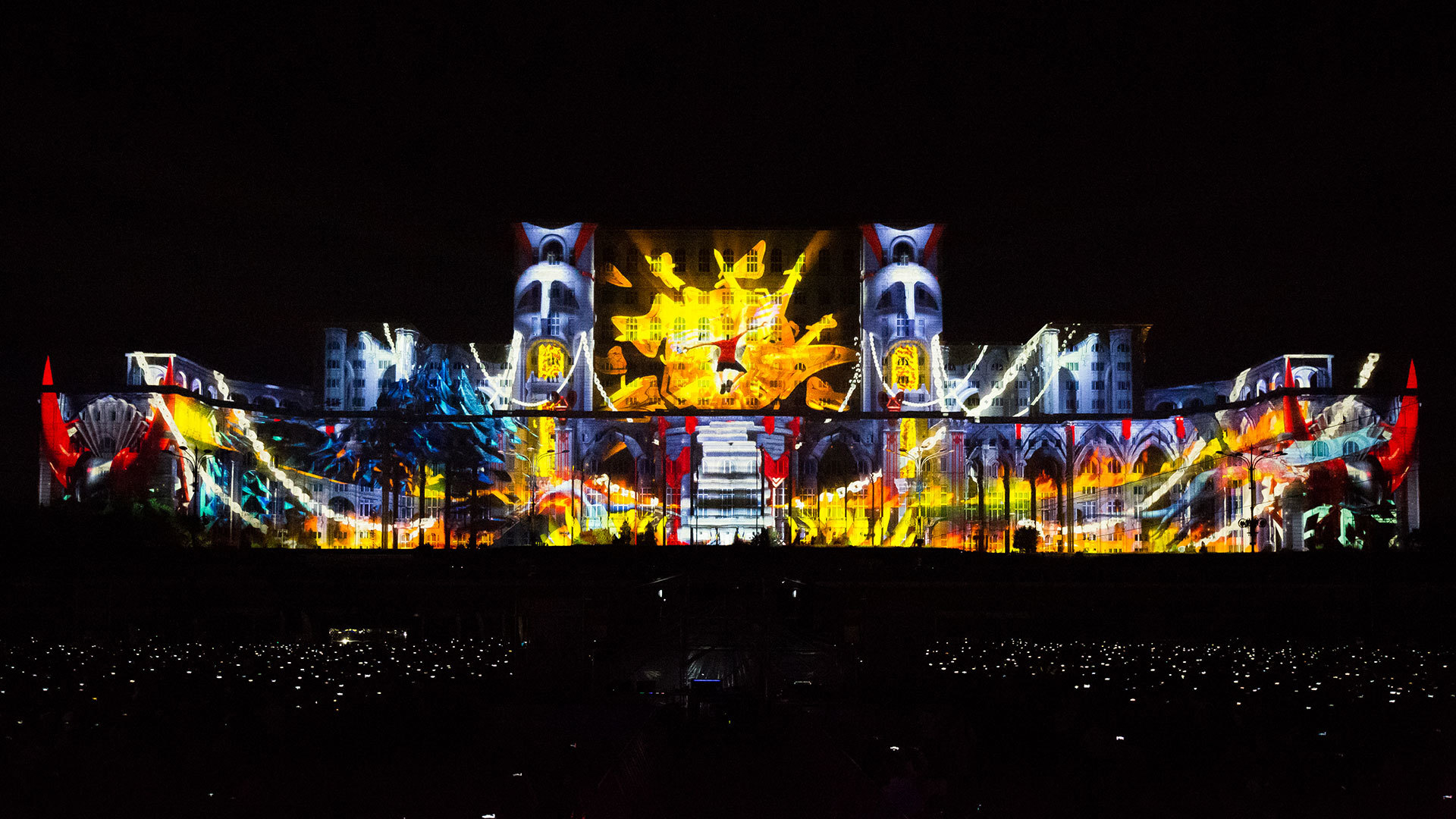 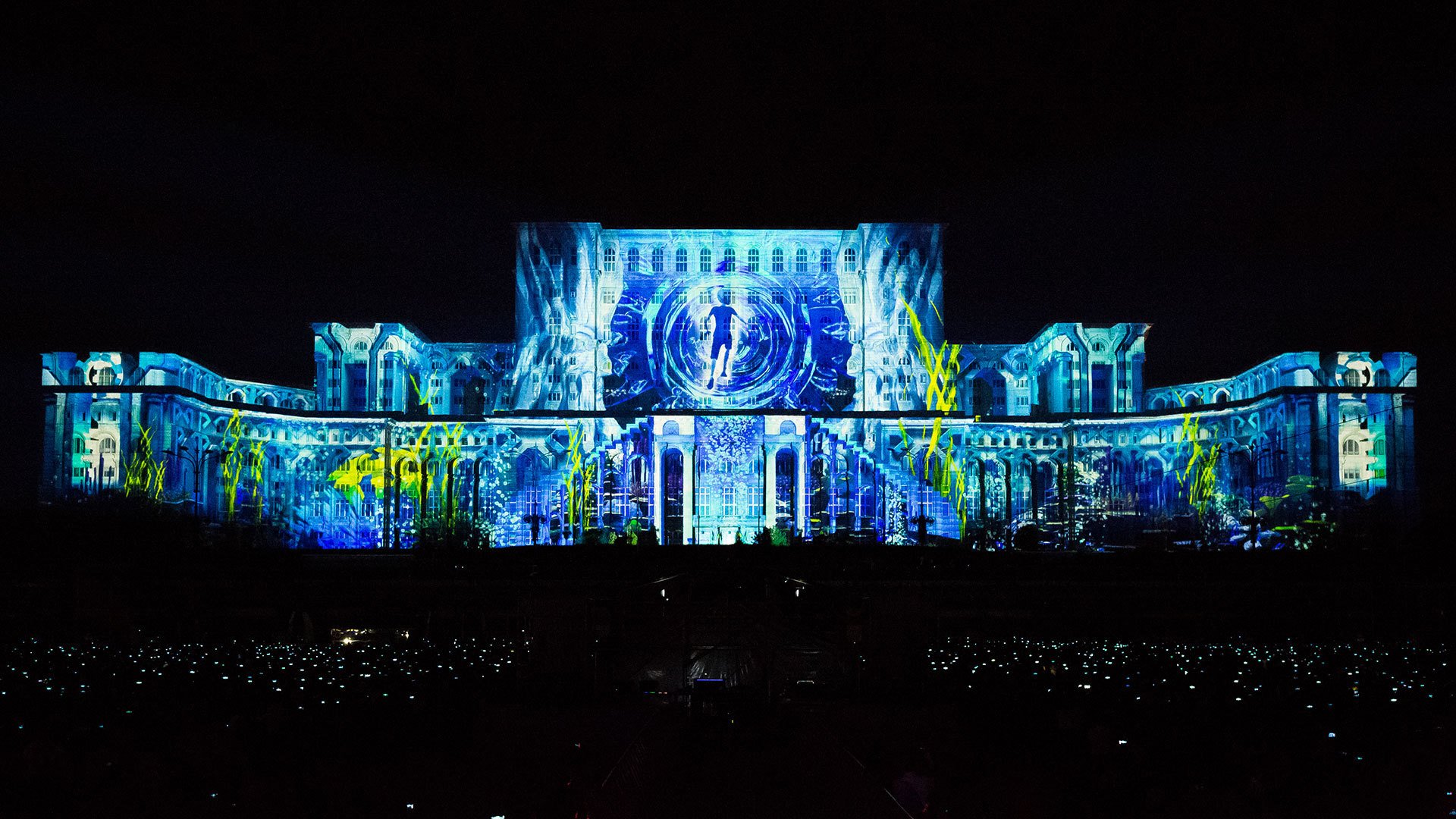 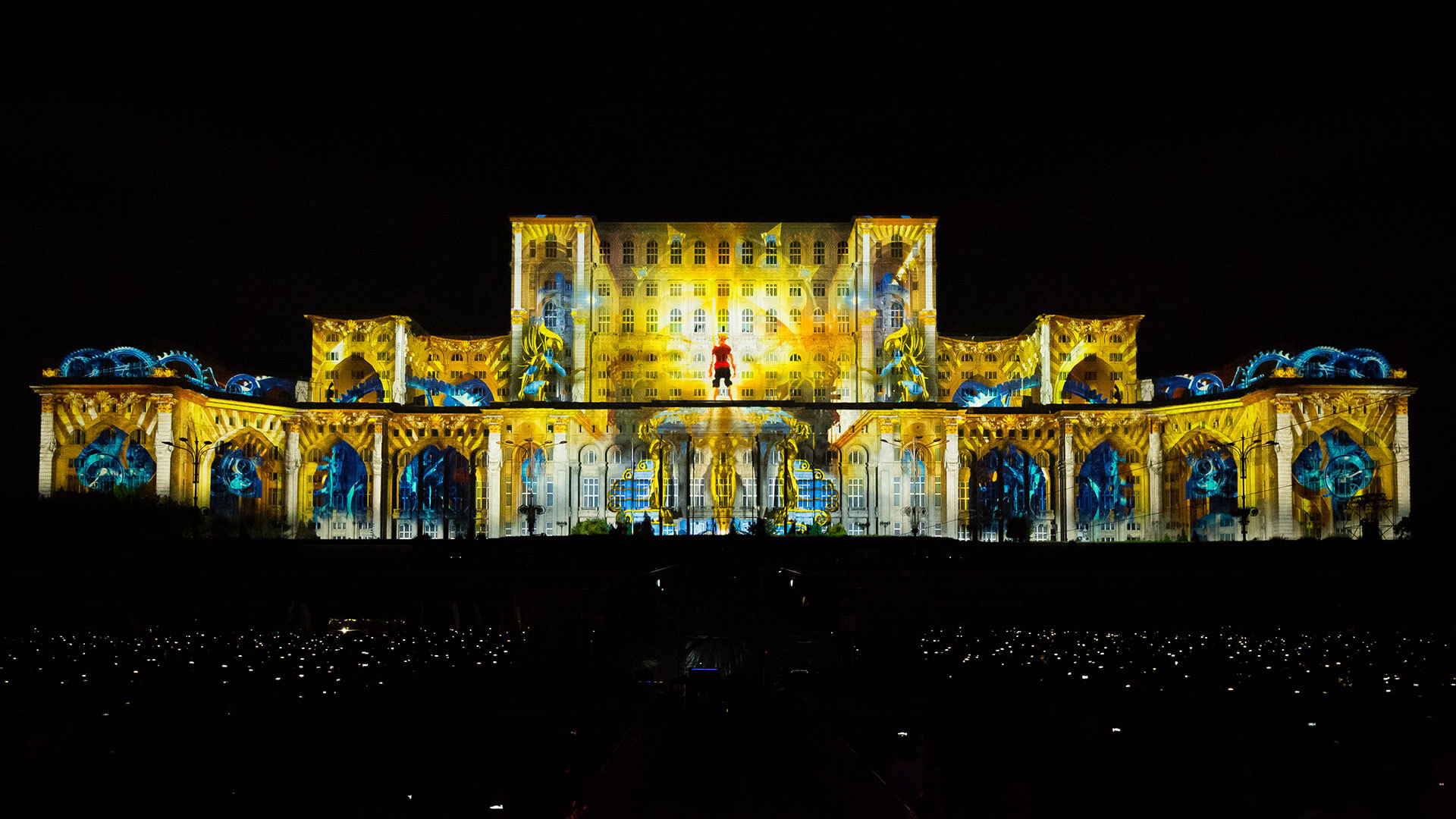 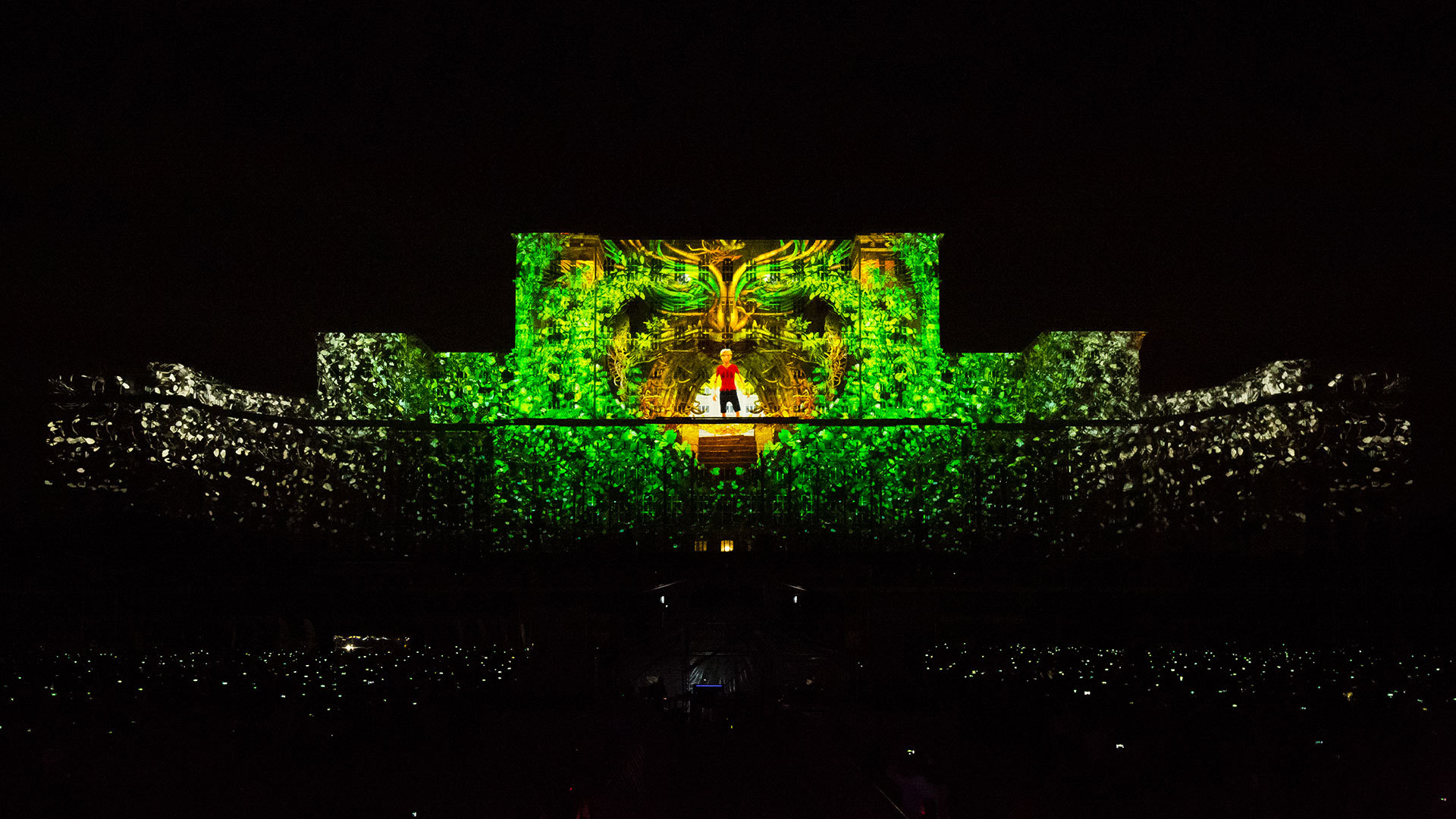